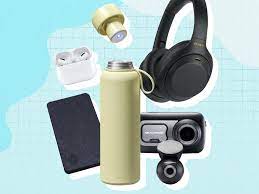 The fact that the world is becoming more and more digital is no longer a secret. This topic no longer stops at our children either. So the step is quite logical that there are now so-called children’s computers. If you are now wondering what it actually is, what the whole thing looks like, which media still invite you to playful learning and which games are available, you have come to the right place. Because we clarify that and more in this post. Read on here!

What is a children’s computer?

The name of these devices says it all. Because these are simply computers, usually in the form of laptops, which are designed for the youngest among us. They are mostly aimed at children between the ages of 3 and 6. In other words, exactly at the age at which school has not yet begun, but the willingness to learn is already high.

Depending on the model, the computers are either equipped with a relatively small screen, which is monochrome, or even with real color displays. Most devices come with pre-installed tutorials, some of which can even be extended. Latest models even include a secure chat feature or even a webcam that allows your offspring to chat with their friends.

Learning with the children’s computer – is that possible?

Children’s computers are currently really available in a large number on the market. These differ, for example, in the design or in the possibilities of what you can do with them. We will now go into more detail about this. However, if you want to find out more about the topic in general, we recommend our article: How does the learning computer help my child?

Depending on how old your offspring is, you have different options when it comes to learning with technical devices. As already indicated in our article about computer games for children, you should not start introducing yourself to the digital world until your little ones have the necessary coordination skills. So about from the age of 3 years. For the very young, of course, there are more designs that promote the play instinct with additional levers and cogs even more and are fun just by their squeaky colorful color.

The older your offspring gets, the more suitable models are with which the adolescents can adapt to the devices they will encounter in the adult world. From school age, for example, complete keyboards are useful because they promote media literacy. A mouse can also help you to find your way around laptops and Co. more easily later.

What a children’s computer can do

As already mentioned, playful means are used to teach the topic of learning and handling technical devices. Here the different options are really wide-ranging. For the little ones, for example, various coloring games are a great function to train coordination.

Simple calculation games can easily introduce you to the world of numbers. Other children’s computers are in turn equipped with knowledge topics that strengthen general knowledge. And some devices are even equipped with another language, usually English, so that foreign language learning can even be promoted so early. As you can see, it all depends on what focus you want to set. Take a look around our online shop and choose the right electronic educational toy for your offspring!

Other media for playful learning

Has your child already reached an age where they may have become too old for a child’s computer? Then it’s time to take a closer look at the other media with which we spend our everyday lives. Because intellectual added value can also be achieved with smartphones and the like. We will briefly introduce you to the different options.

You probably use your smartphone yourself to distract or bridge waiting times. Once social media checked or just a little game in between. And if your kids see early on how much you interact with this little device, they’ll want to try themselves out soon, too.

That’s why it’s no longer an unusual picture when even the smallest among us reach for these phones. And also in the App Store as well as on Google Play there are now enough games that can be downloaded here. Some of them are free, but make do with advertising and in-app purchases. To avoid things being bought unintentionally in the app, you should never deposit your credit card or any other payment method. The advertising can usually also be bypassed by switching on the airplane mode. At the same time, you ensure that your child does not end up on the Internet.

In the App Store or Google Play, you can also easily search for applications that are very similar to the educational games on the children’s computer. With the help of the trailers as well as the comments of other users, you get a first insight into the game. Simple coloring or skill games, for example, abound here. By the way: Of course, all this also applies to tablets.

The next media that have probably found a place in every home these days are computers, laptops and the like. Connected to the Internet, there are so many different ways to create a more functional children’s computer. Because of the World Wide Web, the offer, as far as the educational games are concerned, is of course huge.

Here is a little tip if you want to let your child play unattended: Set up an extra user account. Depending on the device, you can then turn on the pre-installed parental controls. In addition, there is special software that provides a filter for sensitive content. In addition, most computers can be timed out. This keeps you in control of screen time without being permanently behind.

Many educational games for children can also be enjoyed on consoles. These are designed to be the next powerful children’s computer, so to speak. There is only a small risk of surfing the Internet or downloading dangerous things – especially if you turn on airplane mode. The most famous models are Playstation, X-Box or Nintendo Switch.

Especially cool: All consoles offer by default that several controllers can be connected. If the game then supports multiplayer, you can immerse yourself in the virtual world together on your own couch and explore it. Not only is this more fun, it also gives you some control and the option to steer your child a bit.

And if you want to let your offspring play alone, then there is also a rather limited user profile for the various consoles, which is responsible for parental controls. Under the settings you will usually find a so-called family profile, where this can be easily set up. Different passwords can be set here so that this security cannot be circumvented without permission.

The market for educational games for children’s computers is probably now almost as large as that for adult gamers. Accordingly, there are different types that can be roughly divided into the following categories. Finally, we would like to briefly introduce you to the different forms, which are a great introduction to the world of digital games, especially for the beginning.